Josef Herman was a Polish born artist who is remembered for his depictions of the Welsh mining community in Ystradgynlais.

Herman was born in Warsaw, Poland in January 1911, the eldest of three children in a poor Jewish family. He was schooled until the age of 12, becoming an apprentice printer and then an artist.

In 1938 at the age of 27, he fled his Poland to Belgium due to the mounting anti-Semitism prior to the outbreak of World War II. After the beginning of World War II and the German invasion of Belgium he then moved to France and finally to the UK, arriving in Scotland and settling in Glasgow in 1940, where he would remain for four years.

Though Herman escaped the Nazi invasion and subsequent atrocities, he lost his entire family in the Holocaust. 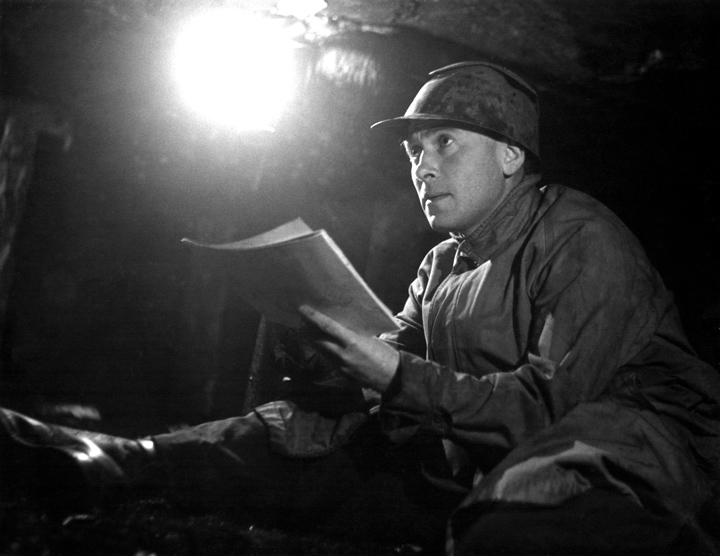 In 1944 he visited the Welsh town of Ystradgynlais in the Swansea valley on holiday, and made it his home until 1955. He was later quoted as saying: “I stayed here because I found all I required. I arrived here a stranger for a fortnight; the fortnight became 11 years.” He became a big part of the local community where he was fondly nicknamed ‘Joe Bach’.

Herman’s artistic style was bold and distinctive and he source much inspiration from the Welsh mining community and the working people most notably coal miners, imagery for which he is still fondly remembered.

In 1951 he won a commission to produce a mural for the Festival of Britain later that year; it was to establish his reputation as an artist in the UK.

In 1955 he moved to Suffolk with his partner, Nini Ettlinger, whom he married in 1961. The tragic death of their young daughter prompted them to move away and from 1972 Herman lived in West London where he remained for the rest of his days.

Herman also lived briefly in Spain after his time in Wales, which can be clearly seen in the variation of his subject matter and colour palate during this time.

In 1981 Herman was awarded an OBE for services to British Art and was elected to the Royal Academy of Arts in 1990. He died in February 2000.