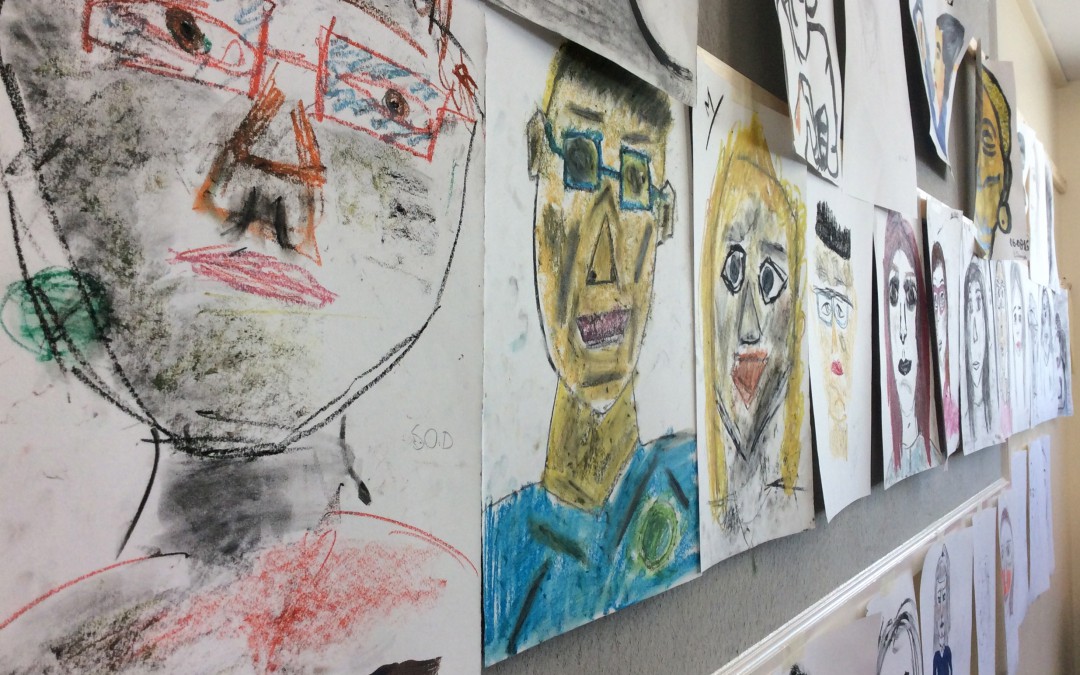 Young artists inspired by Josef Herman and their local landscape

A new exhibition of young people’s artwork inspired by the internationally renowned artist Josef Herman opened this week at the Welfare Ystradgynlais with a celebratory event.

Pupils from schools in Neath Port Talbot, Powys, Swansea and Carmarthenshire came together on 24th June to mark their achievements over the past two months as part of the Josef Herman Schools Project 2015 and to see each other’s creative work on show, including a wide variety of art forms from paper craft and book making to portraiture and three dimensional work.

The Josef Herman Schools Project has been an annual event since 2000 and it is led by the Josef Herman Art Foundation Cymru. The project places artists in schools to work with pupils to develop their own artistic responses to the life, times and work of Polish-émigré artist Josef Herman, who lived in Ystradgynlais from 1944 to 1955. Herman’s time in Ystradgynlais greatly influenced his work, which is now held in many major collections around the world, including Tate and Amgueddfa Cymru – National Museum Wales.

As part of the project the young people walked in Herman’s footsteps by visiting Ystradgynlais and viewing and sketching the valley, chapels, houses and studios where he once lived and worked. They also visited the Foundation’s collection of Herman prints and paintings on display in the Welfare Ystradgynlais. Back in the classroom they worked with a project artist to research Herman’s archive on the Tate website, explore his artistic techniques in depth and make their own artworks based on what they had learned.

This year pupils took part from Ysgol Bro Tawe School, Ysgol Brynseirfel School, Ysgol Craigfelen School, Ysgol Gyfun Ystalyfera School and Ysgol Y Cribath School. They worked with professional artists Blue MacAskill and Julian Lewis and Ffion Roberts-Drakley and Chloe Stevenson, two undergraduate artists in their final year at the University of Wales Trinity St David’s (UWTSD). Ffion and Chloe’s projects were delivered in partnership with the Arts in Action programme at UWTSD, an artist in residency scheme that supports students from the university to share their work with their local community.

The Josef Herman Schools Project 2015 forms part of Mining Josef Herman, a two-year partnership programme of activities with Tate funded by the Heritage Lottery Fund, which explores the work and legacy of Josef Herman through archives and digital learning.

The exhibition will stay on display until 9th July. Entry to the exhibition is free of charge, however if you would like to visit please call the Welfare Ystradgynlais 01639 843163 to check opening times.