The Josef Herman Art Foundation has created a heritage trail as a celebration of the life and work of Jewish artist and refugee Josef Herman, who found sanctuary in Ystradgynlais after fleeing Warsaw during the second world war. Herman is renowned as an artist that documented everyday life for the miners, farmers and metal workers that lived here. His time in Ystradgynlais inspired and left a lasting legacy on the people and culture of this small mining community nestled in the Swansea Valley. Through this trail we are sharing our collection of artwork and stories to help inform post-industrial generations of this rich heritage.

The route begins at the Welfare Miners Hall which was at the centre of community life at the time, and which is now home to the Foundation and a collection of more than 150 of Herman’s original works. The trail then weaves its way around the town, taking in the places where Herman lived and worked and introducing the people and places that inspired his art, not just during the years that he called Ystradgynlais home, but throughout his long, illustrious career.

We will be continually adding to the trail and would encourage people to share any stories, images, media and ephemera they may have, relating to Herman’s time in Ystradgynlais, to help us grow the archive and preserve the rich heritage for future generations.

The Heritage Trail follows an easy, flat pedestrian route around the town centre, but please note reaching locations in Cwmgiedd and the former site of the Ynyscedwyn Colliery involve some small hills and country paths. For those with any difficulties walking, Cwmgiedd could be visited by car, and there is parking very close to the entrance of the former colliery which is now a picturesque nature reserve.

How to use the app

Click on the menu icon to access useful information about the trail, the Josef Herman Art Foundation and our funders plus of course, Josef Herman and his wife Catriona. When you are ready to begin click on the Start button and you will be guided through the trail.

If your device has a GPS receiver you will receive an alert each time you reach a location point. Click on the map icon for your location and a pop up will appear with the related stories, images, artworks and other media. When you are ready to move on select the next location and the map will give you directions. 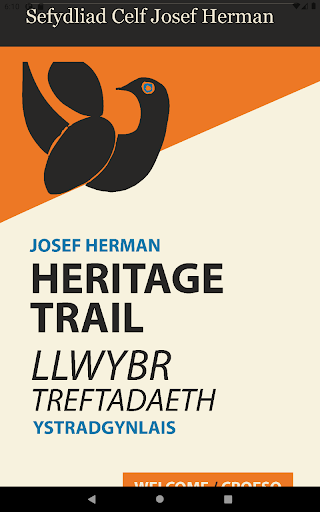 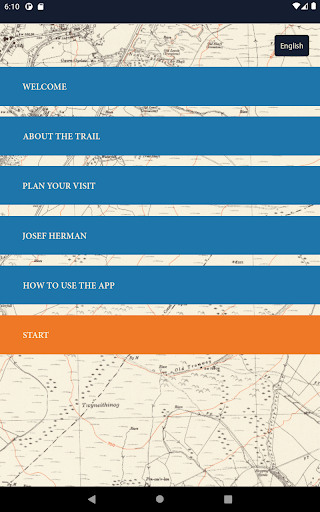 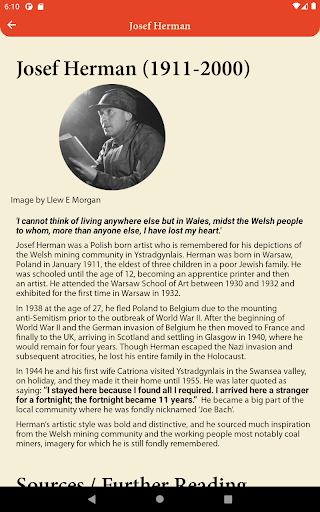 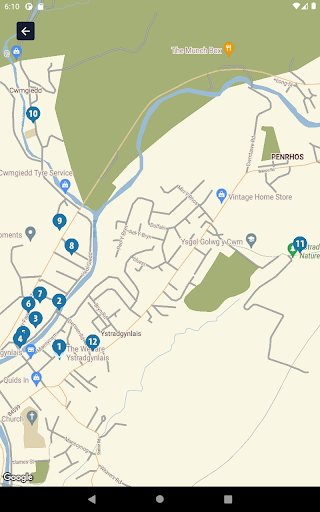